Ms. Crawford, San Diego County Disaster Manager, explained her critical role of coordination and communication when disaster strikes, a complex effort often overlooked by the public. Two critical components of her job are (1) to provide accurate, consistent information to the public about what is happening/what to do, and (2) to conduct the planning & management of the evolving needs during a disaster. This includes such practical considerations as how many shelters are needed & where, whether facilities for large animals are required, etc.  This crisis leadership requires good situational awareness, necessary to make & act on decisions even if information is limited, as it often is during a developing emergency. Ms. Crawford is an experienced County employee, with an incisive mind, the ability to think on her feet and a “can do” attitude, which give her excellent credibility in taking command of an emerging disaster situation. 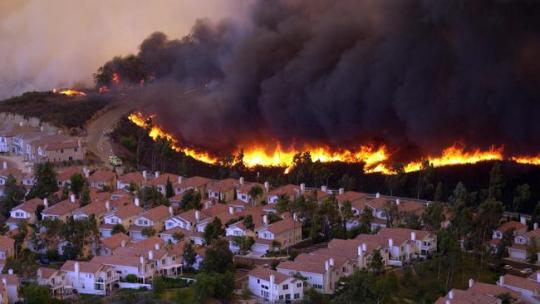 Fires comprise our number one local disaster risk. San Diego County is rather advanced with respect to disaster preparation, thanks in part to the terrible Cedar Fire in 2003. A silver lining to this event was that needed changes to local disaster response were identified, based on the problems encountered. Some of the same issues that San Diego faced during the Cedar Fire were faced by Sonoma/Napa during their recent fires, since they had not experienced a large scale fire for a long time. These disaster system management changes included having all ER personnel use the same radio frequency, development of the “reverse 911” notification system for evacuations, increased fire-fighting air assets, and training of  County employees to immediately staff shelters.  An emergency chaplaincy program is now run out of Rock Church, to provide spiritual support. Also, more effort is now directed to individuals with special access and functional needs, such as those with disabilities. San Diego is also now the site of the Regional Terrorism Threat Center.

The challenge in past disasters has been primarily how to get information to and from the public during the event. However, with social media being the primary source of information these days, the challenge has to do with how we can sift through a massive amount of information of varying accuracy efficiently.  Since San Diego has minimal notable weather events, most of us do not follow the weather channels commonly used in other cities to keep the community informed. During disasters, the 911 system typically gets overwhelmed mainly by “missing person” inquiries, so there is an effort underway to shift this function to the 211 system. Simply by employing an “out of state” and a “local” central contact for your family, you may be able to avoid contributing to this traffic jam by having your own points of contact to reconvene your loved ones in a disaster. 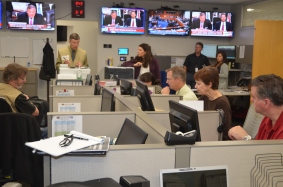 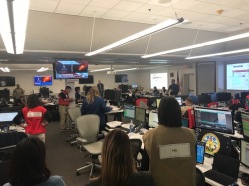 For personal notification, the Wireless Emergency Alert system is built into your phone’s chip, so you will get automatic bulletins from extreme weather and other emergency alerts in your area (National Weather Service), AMBER alerts (in cases of child abduction, sent by the National Center for Missing and Exploited Children), and Presidential alerts in a national emergency. For specific local Information, the SD Emergency App can be downloaded to your phone to provide guidance for disaster preparation, response, and convenient, pop-up disaster notifications.

It is also critical to register your mobile phone with the County for emergency notifications (reverse 911). Your residential landline is automatically enrolled, if you still have one, but no mobile phones unless you request it. Register your mobile phone for the SD County Emergency notification system by going to the  Alert San Diego website online. This is important, as you never know where you will be when disaster strikes.  Finally, make sure you have a phone which does not require electrical power or cell phone towers, (which may go down during a disaster), to operate. Everyone needs to own one phone which plugs directly into the phone cable socket, which can be obtained at Goodwill for a few dollars. 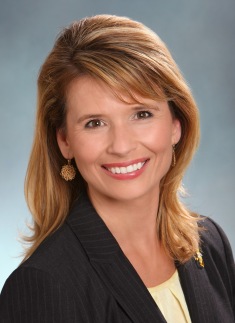 Ms. Crawford is Director of the County of San Diego Office of Emergency Services, which is responsible for alerting and notifying appropriate agencies when disaster strikes, coordinating all agencies that respond, ensuring resources are available and mobilized, and developing plans for disaster mitigation, preparedness, response and recovery. Ms. Crawford led the Emergency Operations Center  during the December 2017 Lilac fire, the May 2014 San Diego County fires, the Joint Information Center during the September 2011 blackout, and she directed the communications team who responded to H1N1 in 2009 and the San Diego County measles outbreak in 2008. Crawford also played a leadership role in the Emergency Operations Center during the 2007 federally declared wild land fire disaster.