Mirroring society when it comes to sex and love, senior couples are nearly nonexistent in the couples-therapy literature at large, and conspicuously absent in the specific area of sex therapy. Yet, most older couples (whether gay or straight) report a sexual pulse that, while declining in terms of frequency and intensity, is certainly palpable. This article summarizes the common general and sexual issues that are typically present in clinical work with senior couples. It specifically reviews the Emotion Focused Therapy (EFT) model on the integration of sex and couples therapy for this population.

Yet, most older couples (whether gay or straight) report a sexual pulse that, while declining in terms of frequency and intensity, is certainly palpable.

Older adults are often dealing with major transitional and generational/contextual issues that affect their marital dynamic that can cross over into the bedroom as well.

Some of the prominent challenges faced by older adults in our society are as follows:

Despite these challenges, older couples also have significant strengths:

Sex is one of the most sensitive barometers of the general functioning of a relationship; it often serves as the “red flag” that the relationship is in trouble (or has been for quite some time). Historically, the field of couples therapy has often underemphasized the role of sex, whereas the sexual health field originally focused on the mechanisms or “medicalization” of sex, missing the larger contextual framework in which sexual problems arose. Recently, there has been a welcome converging of the fields, and the work of Sue Johnson, Ed.D. using an Emotion Focused (EFT) and Sex Therapy integrated model, is particularly promising.

From an EFT framework, the sexual system is one of the three primary ingredients in the formation of adult romantic bonds, resting between the attachment and caregiving systems. Sex often facilitates the development of the attachment bond between partners, though its significance wanes in later stages of the relationship (Johnson & Zuccarini, 2011). In EFT, a securely attached bond that is defined by emotional accessibility and responsiveness allows integration of all three systems. In an insecurely attached bond, it is common to see couples presenting with sexual complaints, which might include an anxious approach for sex or, alternatively, an avoidant deactivation within the sexual dynamic. In other words, in a distressed couple, one partner might anxiously pursue sex as an attempt at attachment soothing (reassurances of attractiveness, desirability, confirmation of their importance to their partner in order to “calm” fears of abandonment). Conversely, an avoidant partner might present by minimizing internal emotions, sexual cues and needs in order to soothe attachment fears of rejection by partner (avoid sex altogether, focus on the “performance” or mechanics of sex without allowing emotional engagement). Importantly, these dynamics of pursuit and withdrawal, while clearly apparent in the realm of sexuality and the “presenting problem”, are also typically more broadly seen within the couple’s general relational style with self and other. From an EFT perspective, it is necessary to address such a negative “cycle” both within and outside of the context of the bedroom. Either of the insecure styles of engagement listed above (approach/avoid) often lead couples down a troubling path that includes a general restriction in the possible healthy or optimal ways sex could function in their relationship. In such distressed and insecure bonds, sex can be described as non-pleasurable, pressured, dry and mechanical, task-oriented, constricted, rigid, “stale,” “lonely”, burdensome and one-dimensional.

For senior couples, some of the very issues that are contextually relevant to this population might readily “bleed” into bedroom. For example, consider the male partner (in a gay or straight couple) who has grown-up with gender-stereotypical messages of emotional restriction. He is told to “buck up and be strong…boys don’t cry,” influencing a lifelong stance of unhealthy independence and self-reliance. As this individual ages, imagine the difficulties that might arise when physical illness sets in, he requires a greater degree of reliance and “leaning into” his partner for assistance with tasks of living, all the while experiencing significant internal conflict with this human dependency need, his sexual potency (as a result of general aging/illness AND psychogenic dependency issues) declines and he is operating under the implicit emotional messages from a lifetime of social emotional learning that says “don’t reach out” and “don’t show weakness.” It would not be uncommon in such a scenario for the male partner to present alone in “secret” to his primary care doctor with a request for “Viagra.” Yet providing such a prescription may or may not improve the “mechanics” of sex in terms of “performance’, and often results in continued complaints of low desire or low satisfaction with sex for one or both partners.

The beauty of the EFT model of integrated sex/couples therapy is that the “emotional truth,” meaning and relevance of the “presenting sexual problem” is seen within the larger view of the attachment bond.

This allows for sex to function as just one of many ways couples can connect. From this viewpoint, compartmentalizing sex as separate from the relationship and from emotional experience is problematic. 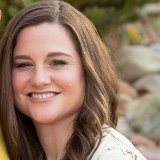 nnink, Ph.D. is a licensed psychologist and certified Emotion Focused Therapist who is in Private Practice in Mission Valley.  She specializes in couples and sex therapy, trauma/PTSD, grief/loss, reproductive health, compulsive behavior problems, and anxiety/depression.” For more information about her practice, please visit her website.