John and Sarah are in their mid 60s and have been married for more than 40 years. They raised three children together, navigated periods of unemployment, the death of their parents, retirement and countless stressors over the course of their marriage. They have come to couples therapy because post-retirement life uncovered the gulf of emotional and physical distance between them. They calmly and matter-of-factly describe the lack of intimacy in their relationship. Sarah says she feels lonely and wants to feel more “together.” John agrees, describes their relationship as “roommates.”

As more and more older couples find their way to counseling, it is promising that older clients generally have a higher satisfaction rate in therapy than younger clients.

John and Sarah present the typical issues for older couples that I see in my couples therapy practice. The overall number of older couples seeking therapy is growing. According to the American Psychological Association (APA), “People 65 years old and older are the fastest growing segment of the U.S. population. By 2030, older adults will account for 20 percent of our nation’s people, up from 13 percent in 2008.” As more and more older couples find their way to counseling, it is promising that older clients generally have a higher satisfaction rate in therapy than younger clients. For these couples, time is precious and they have well defined goals leading them to take couples therapy as a serious investment (Ellin, 2013).

EFT helps couples to understand how their their attachment longings (to rely and depend on, and connect with their partner) influence emotional states and behavioral reactivity…

I have found couples therapy, and specifically Emotionally Focused Therapy (EFT), to be highly effective with older couples. Based in attachment theory, EFT was developed by Drs. Sue Johnson and Les Greenberg to address the way couples get stuck in a negative interactional dance, reinforcing emotional disconnection. EFT helps couples to understand how their their attachment longings (to rely and depend on, and connect with their partner) influence emotional states and behavioral reactivity; As couples age, their attachment needs become more apparent and there is an increased need for each partner to have the other’s support. Studies suggest that given the increased potential for separation, attachment issues are particularly relevant in older adult relationships, especially given the loss and vulnerability associated with aging (Bradley & Cafferty, 2010).

…given the increased potential for separation, attachment issues are particularly relevant in older adult relationships, especially given the loss and vulnerability associated with aging.

Sarah reports that her memory is fading. John says his hearing is declining. John jokes: “She needs me to remind her of what she’s looking for in her purse and then yell to me when she’s found it.” In times of distress and vulnerability, we look to our partner as our “safe haven”. We need to know our partner will be there for us, is responsive to our needs and is emotionally engaged. “As individuals age, many elements of their life that had been constant, begin to change. For many, their support systems (in the form of spouses or friends) begin to disappear. It also becomes harder to remain completely independent, a particularly hard thing for individuals to accept.” (Peluso, Watts, & Parsons 2012).

Furthermore, we know that older couples are in an ever increasing state of vulnerability. “As their non-familial network diminishes with age, family relationships (in particular, the martial relationship) become extremely important sources of emotional support to the elderly.” (Canadian Medical Association Journal, 1984). For some couples, like Sarah and John described above, this increased dependance highlights a missing connection in their relationship.

Where primary attachment figures are involved, individuals have strong emotional and behavioral reactions to disconnection. “While individuals may attempt to cope with this vulnerability by using a variety of strategies, two of the more common approaches involve constellations of feelings, thoughts and behaviors related to anxiety (e.g., protesting, clinging, demanding, criticizing, dependency) to avoidance (e.g., withdrawal, affective “cutting off”).” (Bradley & Palmer, 2003). These individual attachment systems are likely to be activated in times of distress related to vulnerability, separation and loss. Such strategies, when used to cope with disconnection, create negative interactional patterns between partners.

Older couples may also have relatively long histories of marital distress, conflict withdrawal, disengagement, or feelings of resignation to the status quo in one or both partners.

In older couples, the more common “protest/withdrawal” dance turns into a mutual withdrawal. Attempts to connect fall short over the years. Older couples may also have relatively long histories of marital distress, conflict withdrawal, disengagement, or feelings of resignation to the status quo in one or both partners. (Canadian Medical Association Journal, 1984) So instead of hurling angry criticisms at John, Sarah sighs and says, “I used to get upset when he’d shut down but I guess I’m just used to it now. I’ve known for a long time that he doesn’t really care.” John responds, “I want Sarah to be happy. I have just become numb over the years because there’s nothing I can do.” This pattern of mutual disengagement is more common in older adults; Years of failed attempts at connection leave both parties hopeless about gaining closeness (Bradley & Palmer, 2003).

Older people will use strategies to avoid the experience of negative emotions and, in turn, older couples’ interactions are less volatile than their younger counterparts. Couples may “leave well enough alone” by staying in affectively neutral interactive sequences and avoiding escalation to negative affect. In order to avoid high conflict older couples who are unhappy in their relationship are less likely to engage in negative start-up responses to potential discord (Carstensen, Gottman, & Levenson, 1995). A mutual withdrawal is effective at keeping the peace but also maintains distance between couples.

The therapist who employs EFT in their practice supports and guides both partners with directly expressing their attachment needs and fears. Thus, each partner learns to risk engaging with their vulnerability.

Emotionally Focused Couples Therapy helps to close the gap that forms from mutual withdrawal. Dankoski (2001) points out that EFT is particularly useful for treating couples whose distress is related to major life events. Without a secure base, older adults experience higher levels of distress. The therapist who employs EFT in their practice supports and guides both partners with directly expressing their attachment needs and fears. Thus, each partner learns to risk engaging with their vulnerability.

Let’s return to the case of Sarah and John. Sarah finds she is able to open up about her fears of abandonment and rejection. John learns to discuss feelings of helplessness, particularly at meeting Sarah’s needs. Through EFT, the therapist explores interactional cycles, allowing the couple to reconnect with disowned needs, and gain a new experience of connection and attainment (Johnson & Greenberg, 1988). John comes to understand that Susan’s past criticisms come from her feelings of abandonment. Similarly, Sarah gains the insight that John’s withdrawal is his shield against feelings of helplessness, and of failing her. Through EFT sessions, John and Sarah each gain a greater sense of emotional connection and relational security.

Changing the withdrawal/withdrawal dynamic requires helping older couples to acknowledge their need and desire for closeness. Like narrative-based approaches to psychotherapy, the skilled used of EFT encourages therapists and clients to examine and actively construe their “life stories” in subjective, personal terms. EFT can indeed offer older couples a chance to rewrite the ending to their shared life story. 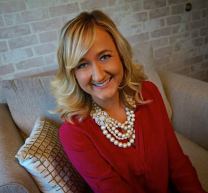